Born on August 26, 1993, early morning of a beautiful spring in India, with exceptionally gifted hands. Growing up playing one of the most difficult 7 stringed instruments in the world - the ‘Saraswati Veena’ in a domain often regarded as the esoteric and elitist, she was deemed as a child prodigy and a treasure-house of talent who will soon emerge into the magnetic status of a star of her generation in South Indian/Carnatic classical music by her audiences and critics. Proving them, she stormed into the universe of classical music with her first invited solo vocal recital at the age of 7 years with a stellar maiden performance. This musical wonder, rose into wide acclaim with her solo ‘Veena’ recital at the invited National music festival, Guruvayur, which by itself is considered as one of the highest privileges in the career of an Indian classical musician. She was only 11 years old, when she played the monumental piece composed by Saint Tyagaraja - ‘Shobhillu Saptaswara’ sweeping all the stalwarts of Indian classical music present at the event off their feet with her impeccable aesthetic elaborations, musical astuteness, and technical versatility. She has maintained an unrivaled record for rendering her signature style ‘Taanam’, (improvisation of a tune) and strong plucking techniques. The robust foundation in classical vocal gives her pitch perfection and spectral purity. In 2010, she had her first All India Radio (The national public radio broadcaster - India) broadcast, another testimony of virtuosity in the elaborate exploration of the melodious Raga ‘Amritavarshini’- the shower of Elixir - that evokes the feeling of Rain.

An outstandingly brilliant student, in the year 2008 stood first out of 250,000 students in her state (Kerala - the highly educated state of the country) with a merit scholarship for extraordinary academic performance in the final year of high school with A+ in all the subjects, state’s number one performer in the ‘Veena’, excellent leadership skills in girl guiding andliterary achievements. In the same year, she received the highest attainable award for Scout and Guides from the Honorable President of India (National award) with a badge of ‘Musician’ after a soulful 1-hour recital of the ‘Veena’. Her extraordinary leadership skills made her a favorite girl guide of the company and subsequently elected unequivocally as the company leader (Company 4 Kerala State cadet 2008). She had received the state award from the Honorable Governor of the state at the tender age of 12 in the previous year, the second highest privilege for scout and Guides. During her medical school (2012-2019) at India's one of the most prestigious 'Institutes of Eminence' - Manipal University, Kasturba Medical College, Tara maintained an extremely hectic dual academic schedule in Medicine and Music. While continuing to play the ‘Veena', Tara pursued bachelors and masters of Fine Arts (MFA) in ‘Veena' at Annamalai University - an esteemed university which is renowned for their department of South Indian classical music. She is about to start her Ph.D. in Music in 2019. Tara had the tremendous honor to be named as the national finalist (top 1.2 percentile of the under-graduate students) for the world’s oldest, highly distinguished and celebrated international fellowships of it’s kind to study at Oxford university - The Rhodes scholarship 2018 for high academic caliber, potential to lead and strength of character. She was also the University of Oxford DPhil Oncology program top finalists ’18.

Tara was 4 years old when her maternal grandmother died in front of her eyes with cancer. As a medical student, Tara happened to read the book which won the Pulitzer of 2011, ‘The Emperor of All Maladies - A Story of Cancer’. These two events significantly influenced and inspired Tara to spend more time rotating in Oncology departments in India and the United States. Tara did clinical hands-on clerkships of 9 months in Oncology from Ivy League institutions, Harvard Medical School, Weill Cornell, and Stanford Medicine. She was the featured international medical student of 2018, Weill Cornell medicine. Patients often described Tara, as an ‘exceptional and kindest student doctor’. The bright mind, embarked with clinical research in Oncology from the second year of medical school and received various grants including Indian Council of Medical Research short term studentship grant (ICMR-STS)and presented posters & abstracts at various prestigious international conferences such as AACR (American Association for Cancer Research - Boston 2017), ASCO (American Association of Clinical Oncology) and ASH (American Society of Hematology).

Globally, the first physician-musician to launch an impactful sparking cross-disciplinary lecture-concert series advocating the significance of using the ‘Veena’ for palliative medicine/oncology. The first launch of ‘Oncolo-gy&Strings’ was in March 2019, at Stanford University campus. Following the tremendous success, she delivered her first invited lecture-recital at Manipal University, India and that was the first national launch of ‘Oncology & Strings’. Tara, went on to perform a TEDx talk-performance in the same name on August 17, 2019. She was only 25 years old when she was invited as the chief guest at India’s premier national cancer program - Tata Memorial Hospital for the World Mental Health Day program -2019’ to give a solo Veena recital and talk about music therapy. She was also one of the panel members for discussion on ’The Value of Music in Everyday life’. Oncology and Strings also collaborate with various palliative centers across the country providing the Instrumental classical music therapy pieces played in the Veena by Tara.

Versatile young artiste is also a trained classical dancer in four different classical dance forms for 11 years and has delivered innumerable dance recitals and has a track record of winning trophies for her remarkable performances. She is an accomplished writer with her articles published right from childhood in newspapers, school and college magazines. She currently writes as a columnist for ‘MyIndMakers’ with a special focus on issues of healthcare sector apart from academic writing. 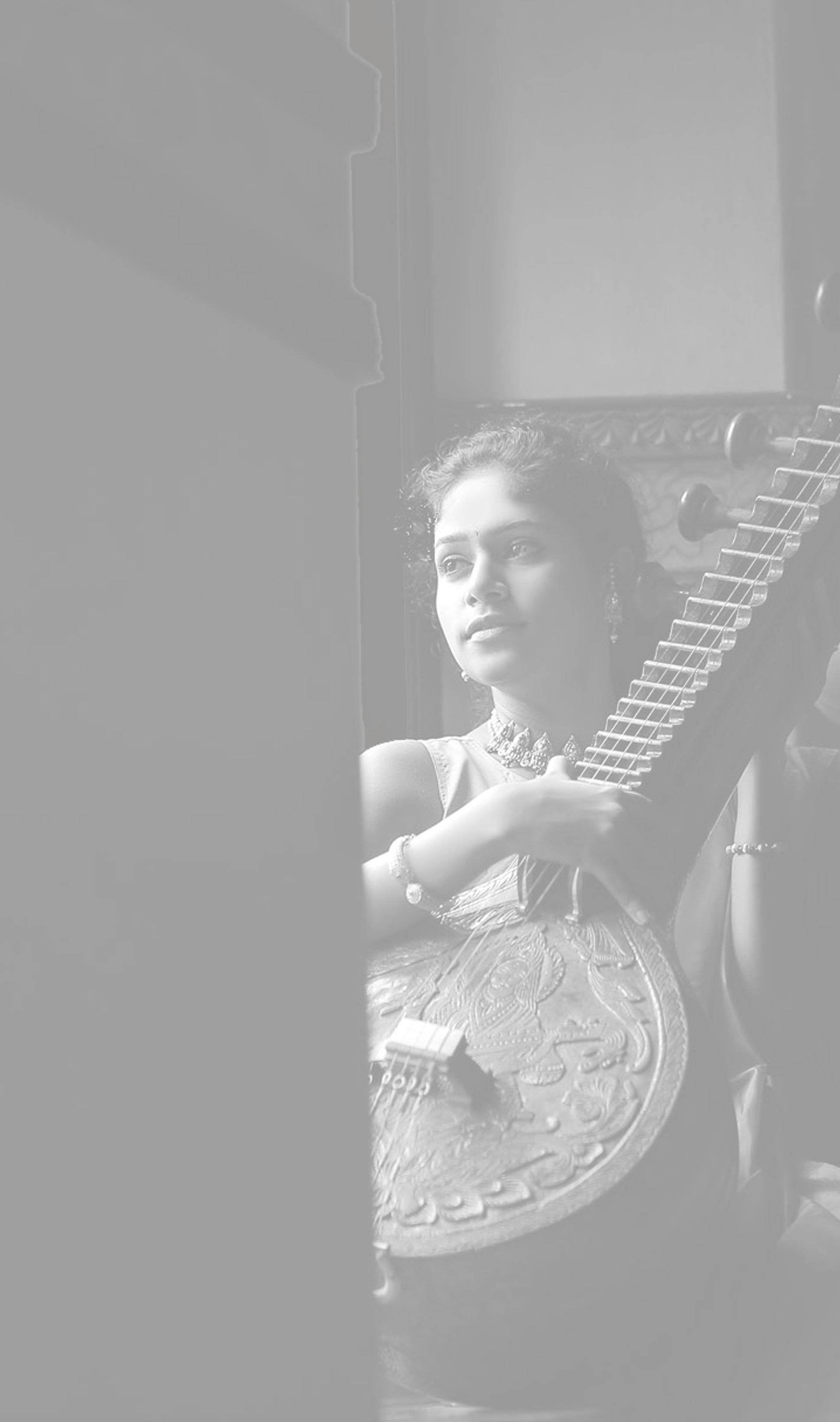 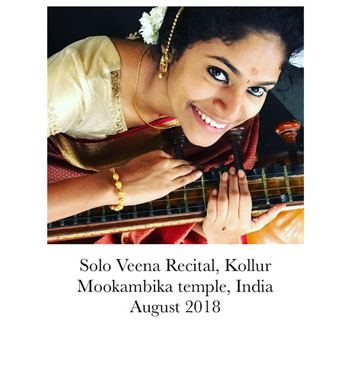 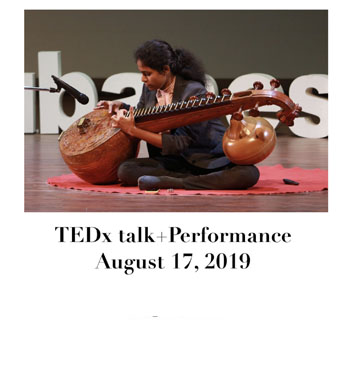 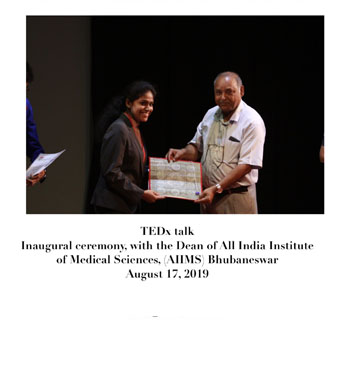 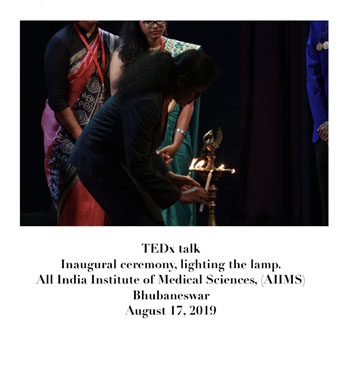 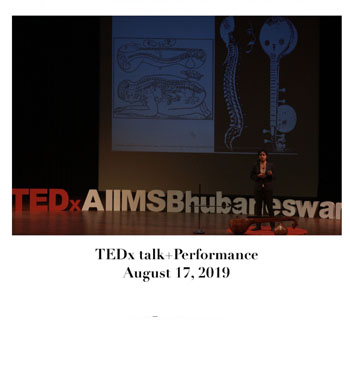 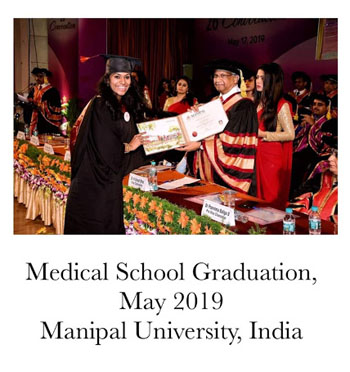 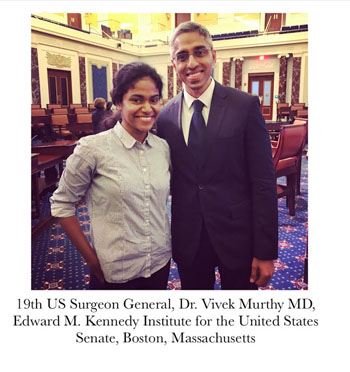 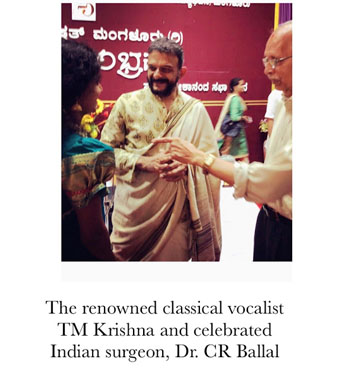 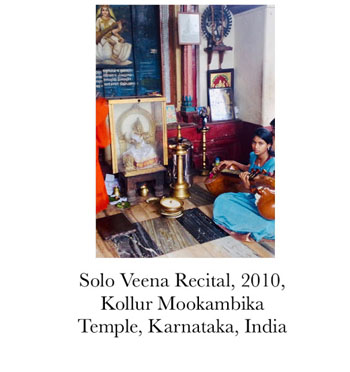 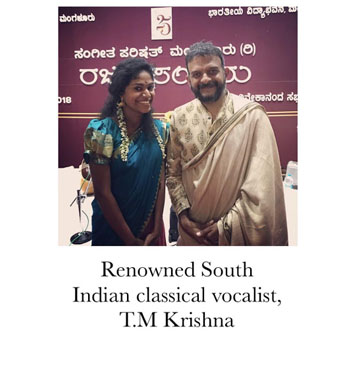 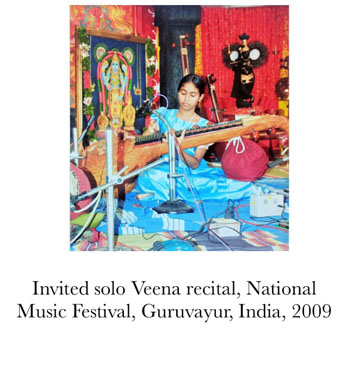 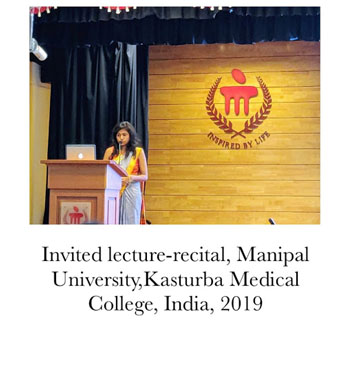 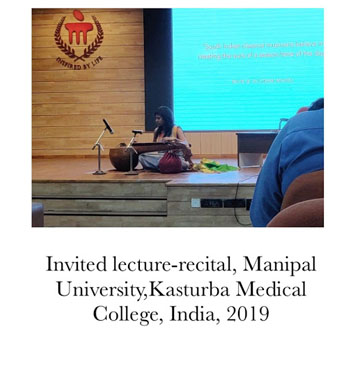 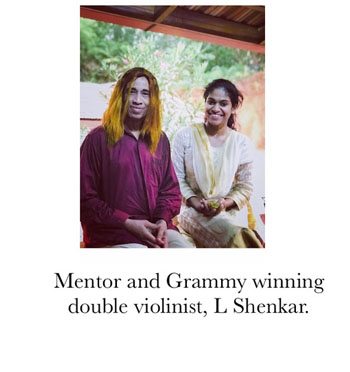 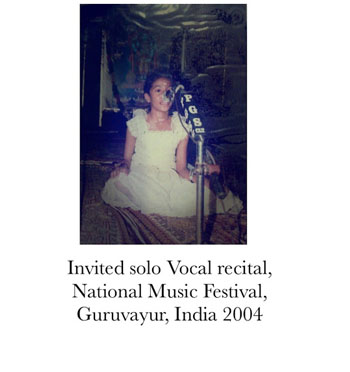 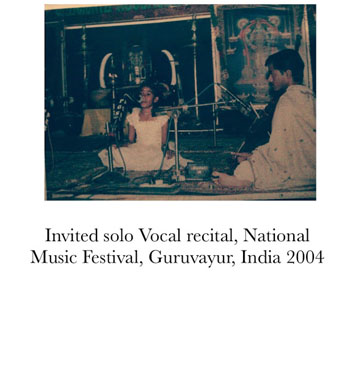 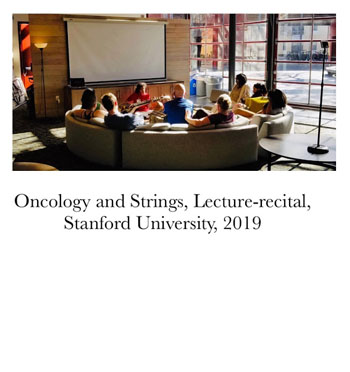 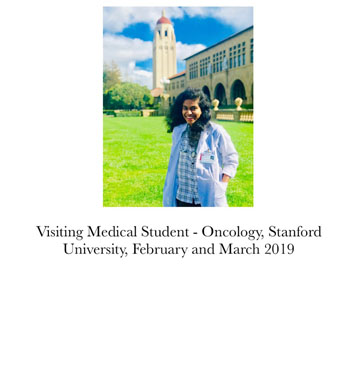 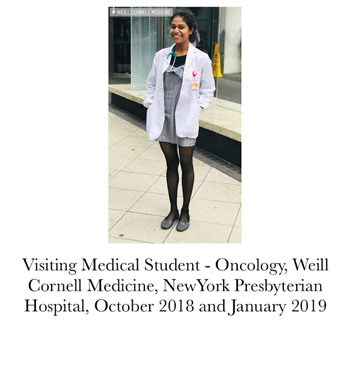 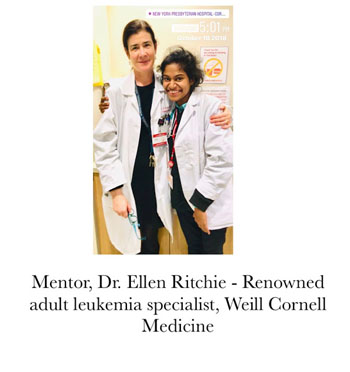 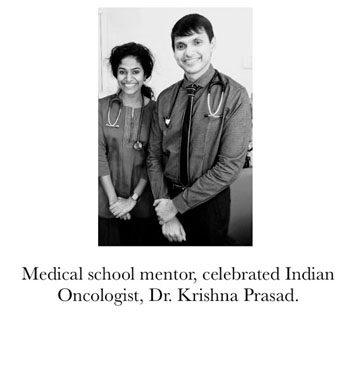 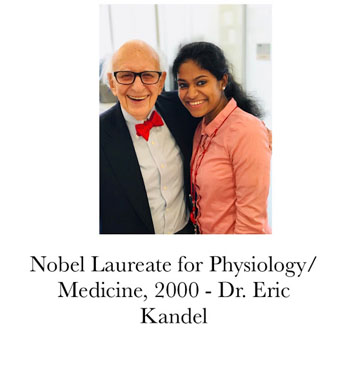 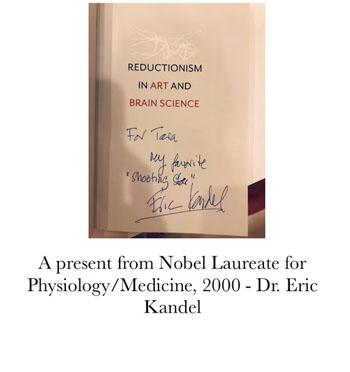 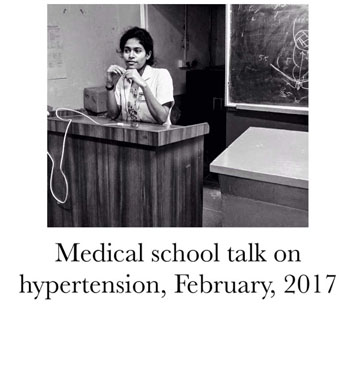 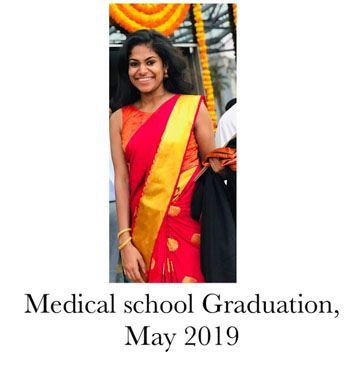 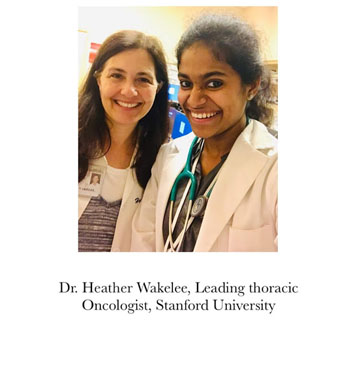 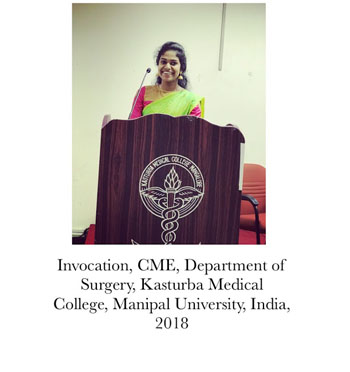 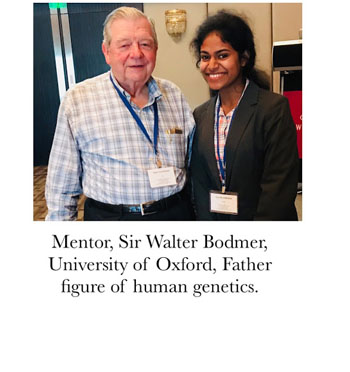